When doing a regression test, you’re always following a script with pre-defined test cases and check if those test cases succeed. Because the script for regression testing is always the same, it is smart to automate this process, so you can focus on other test methods like exploratory testing.

Installation of Appium and Robot Framework

The installation of Appium and Robot Framework can be done using the terminal of macOS. The tools are also available for Windows and Linux, but when you want to write tests for iOS apps, you need Xcode, which is only available on a Mac. Because of this I only focus on the setup for macOS in the installation instructions.

To install Appium and RobotFramework, first install Homebrew, Node.js, Java Development Kit and Phyton 3. Some of them may already be installed on your mac if you’re developing apps.

After a successful install of Robot Framework, install Appium using the terminal:

After installing Appium and Robot Framework, it’s time to install the tools that help Appium to perform.

The paths can be different on each computer, In my case, my .zprofile is looking like this:

After the setup, run the following command in the terminal to validate the installation of Appium is correctly:

If all settings are correct, you can continue. If something is not set correctly, fix these issues first.

Now Appium is configured correctly, it is time to set up the certificates for Apple in Xcode. This is needed to install the XCTest runner on iOS devices, which is needed to trigger the test cases on the device.

Go to the terminal and fill in the following:

Xcode should open now. Open the target WebDriverAgentLib and sign this with your Developer Account. Do the same for WebDriverAgentRunner. Build the project to validate if the signing was successful.

Appium and Robot Framework are now successful installed and set up!

Creating the first test can take some time if you’re not familiar with writing code or development tools. To make it a bit easier, download the startup project files here.

Also, change the settings of the devices to your own devices, by updating the data fields and adding the UDID. iOS devices that are used to run the test cases, must be registered in the Apple Developer Portal.

For Android, you need to specify the path to the APK file which should be used for the tests. For iOS, specify the bundle identifier of the app and pre-install the app on the device before starting the tests.

Now the project setup is done, it’s time to write the first test case. All test cases are written in a test suite, which is a robot file that contains all the test cases for a specific flow.

Each test suite contains three files, which are:

Because each app has a different flow, it also requires different test cases. I will explain how to write your first test case using a invalid login example.

In the example, the first screen contains two buttons, which are register and log in. When the user presses on login, two fields for username and password appear and a button to log in. Let’s write a test case for this to validate if an alert will show the correct error if we log in with invalid credentials.

First, set the identifiers for the elements (which are the buttons and text fields) in the login_elements.robot file. For Android, the identifier is the ID the developer defines when setup a UI element in XML. For iOS, the identifier can be set using the property accessibilityLabel, which is explained in-depth in my article about the accessibility inspector.

The test does different things. First, the script will go to login. This is a defined step in the login_elements.robot file, because this step may recur when writing the next test case.

Now our test case is done, so let’s validate how our test will perform. A test can run on both a simulator or a real device. I prefer to perform a test on real devices because this is the most ‘real’ situation.

After the devices are defined, open the terminal and navigate to the root of the test project folder. Then, run the following command in the terminal:

Appium must be active. If you closed Appium, you can easily start the program in a separate terminal window using the command ‘appium’. To close Appium in the terminal, press control + c on the keyboard.

A test can run wireless on a device, but this may operate much slower than a situation where a device is connected by a cable.

After the tests are done, the output of the test can be found in the logs folder as an HTML file. Here you can read which test cases succeeded and failed.

Automating a regression test using Appium and Robot Framework is a great way to test mobile apps for iOS and Android. When defining the identifiers for both iOS and Android in one variable, the test script can run for apps on iOS and Android using the same script.

At the start of the project, it may require some extra time to set up the automation project, but this time will be won back after running the test multiple times on different devices and OS versions. 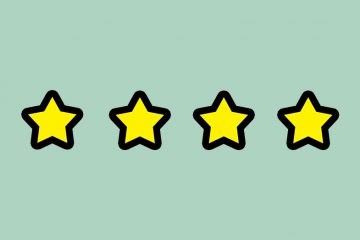 Monitor app reviews to improve the quality of your app

One of the core functionalities of the App Store is the ability for users to review your apps. For developers is this functionality a great way to receive feedback on their apps. Most of the Read more…