Learnings from the Firebase Summit 2019

This year the Firebase Summit took place in Madrid. It was the third summit I attended. Earlier, I already attended the conferences in Amsterdam and Prague.

During the Firebase Summit, new helpful tools like App Distribution, Firebase Extensions, and Analytics for Web were announced. It is also a great way to meet developers from the Firebase team and talk about the tools you’re using in your apps, to get suggestions on how you can make your apps even better!

App Distribution is a new tool to help you distribute your app for testers. The main focus of the tool is internal testing by a QA team. The focus is not on external testing, because that is already great manged by the Google Play Store and Testflight.

App Distribution allows you to upload an APK or IPA to Firebase. After uploading the app file, you can select individuals or a group of testers, who will receive an email with a description of how they are able to download your test app.

APK files can be installed directly. For IPA files it is a bit harder because they need to be signed with a certificate. This can be done with an Ad Hoc or Enterprise certificate. If you choose for ad hoc distribution, you need the device ID of the test user. This device ID needs to be added to the list of devices in the Apple Developer Portal before the test user is able to use your app.

Firebase Extensions allows you to respond to changes that are made in Cloud Firestore. For example, if you save a string value in Firestore, an extension can automatically translate that string to other languages.

Another example is when a user register, you can sync their email with Mailchimp to subscribe for a newsletter. Or if an image is uploaded, the image automatically resizes.

At this moment there are limited extensions available because the functionality is still in beta. This will increase in time, based on feedback.

Another great functionality that is added to Firebase, is analytics support for web. With this functionality, web and app statistics can now be measured both in Firebase.

When using Firebase Analytics for both web and app, it is much easier to track user data between the multiple platforms.

Feature Rollouts was showed as sneak peek during the conference. Using Feature Rollouts you will get great insights about the rollout. This is done by a collaboration of Remote Config, Analytics and Crashlytics.

When you want to release a new feature, you first make use of Remote Config to disable the new feature using a feature flag. Then, when your app release is successful, you can enable the feature for a part of your users in Remote Config.

With Feature Rollouts, you are able to validate how the new feature performs comparing to users who don’t have the feature by checking the analytics and crash reports for each user group.

If the rollout of a feature is failing, you can simply disable the new feature by updating the feature flag in Remote Config. If the feature release is successful, you can enable the feature for all users.

The Firebase team did a great job by releasing new tools to make mobile development better. New tools like App Distribution and Feature Rollouts are great additions to Firebase that you can add to your toolbox when working on mobile apps.

If you didn’t attend the Firebase Summit this year, you may check out next years edition. The conference is not only a great location to learn about new stuff, but also a great moment to socialize with the Firebase team and show them your apps that make use of Firebase to get feedback or suggestions. 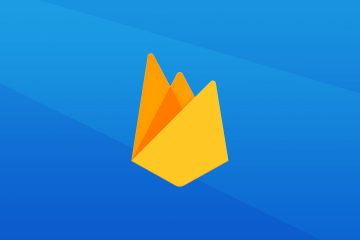 During Firebase Developer Summit 2018 in Prague, Firebase introduced Audiences. With this functionality, you’re able to create groups of users who meet the same requirements and allows you to target them. For example, if you Read more… 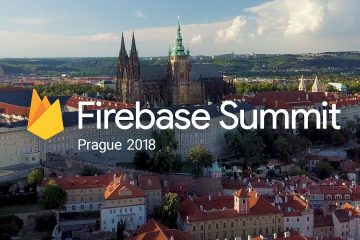 Learnings from the Firebase Summit 2018